Anime What are you currently watching?

=(eGO)=
The anime talk has been a little quiet around here lately! What's everyone watching these days? What is on your want-to-watch list?

Currently been getting my girlfriend into anime. We're watching Black Lagoon right now (Mega has a nice review of this in his review thread!) as well as "Your Name", such a great movie.

Let's hear what others are into!

Also please, if you aren't into anime, don't troll this thread, thanks.

It's gotten much better this past month.... Used to have twice that amount, thus why I haven't been working on anime reviews recently. For summer season this is my lineup currently, subject to change due to dropping shows based on continued quality/interest/tiime:

It may seem like a lot, but it's actually only ~5 hours a week on airing shows. I'm actually a bit behind on the entire series of Jigoku Shoujo, but those are always pretty solid releases so if you've been keeping up I expect that one to be good as well. Overall, in regards to this season, it's good but not great. Some more promising shows compared to last season. The No Game No Life movie aired in Japan a few days ago - sad times to be back in the states.

Anywho, once I finally get through this backlog I'll probably start visiting some other titles again. Been looking at Azumanga Daioh recently so may give that a whirl. 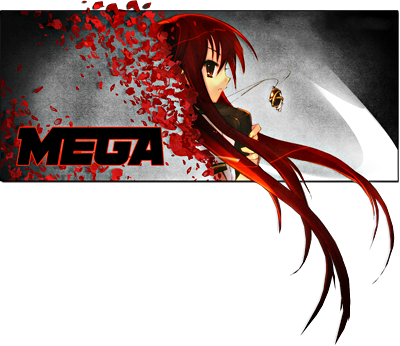 Tbh these arent even all of them. Kado: The Right Answer was just amazing. The new anime that are coming out right now are also pretty good, im looking forward to it. But I cant wait for fairy tail to resume in september.
Eat Watermelon

All I watch is Dragon Ball Super waiting for One Punch Man season 2
I'm a racist turd.
T

=(eGO)=
I finished your name. My feels were hit way too freaking hard on that one.
_MEGA would love to see a review of it sometime


New stuff:
Gamers! (annoying)
Clean Freak! Aoyama Kun (already laughed out loud several times)
Restaurant to Another World (New episode today! Woot!)
Fastest Finger First (Ehhh... I did academic team in high school. Nice try Japan, but it's not really an exciting contest, even for us geeks)
In Another World With My Smartphone (Waiting for the OP to begin!)
New Game! (2nd season out)

For Fun:
Trinity Seven
The Asterik War
My Mental Choices are Completely Interfering with my School Romance Comedy
Testament of Sister New Devil
Shirobako (FAVORITE!)
Pet Girl of Sakurasou (always funny to watch)
No Game No Life (what is life?)
Assassination Classroom (ever wonder if you had a teacher like Koro-sensei?)
Your Lie in April (2nd favorite, the feels!)
The Irregular at Magic High School (Want more!)
Shokugeki No Soma (Food Wars) (Why do I always get hungry watching this anime...?)
Ghost Hunt (Wish they made another season for this one. The creepiness factor is fun)

Simon said:
I finished your name. My feels were hit way too freaking hard on that one.
_MEGA would love to see a review of it sometime
Click to expand...

Yeah I'll try to get something up for it. If you want a really good movie that, I think, was totally over showed by Kimi no na Wa, check out Koe no Katachi. I find it has a much stronger story.

Have a few anime I need to catch up on but just been lazy in doing so.
But currently watching this season,

Sumac;1490099 said:
Same reason you leave wadded up tissues around your room...
Click to expand...

_MEGA said:
Yeah I'll try to get something up for it. If you want a really good movie that, I think, was totally over showed by Kimi no na Wa, check out Koe no Katachi. I find it has a much stronger story.
Click to expand...

I just checked out the trailer! Definitely going to hopefully watch it soon. It looks great.

Did you touch my drumset?

Currently I am watching Boruto and My Hero Academia, I am Re-Watching All of Naruto Shippuden, Death Note, Initial D, Bleach, and Full Metal Alchemist.

IK don't chew me out I mainly just Re-Watch the anime I grew up with, I am such a anime Pleb! Kappa

Just finished the Gundam: ThunderBolt movie, and I want the series to be full out so I can binge the living daylights out of it!!!

One of my friends recommended JoJo...but I saw this video and I'm exercising caution:

ITS A GUNDAM!!! -- The grunts who go on to live long and fulfilled lives in the Gundam franchise....

=(eGO)=
I've just been catching up/finishing the current releases for this season. Rather disappointing end to a lot of shows with potential, but it happens more often than not recently. Or it certainly seems that way. I will say that I was very happy with Tsurezure Children. Was fantastic and one of the best comedies I've watched in a long time.

I just finished Gate: Jieitai Kanochi nite, Kaku Tatakaeri last week. I really enjoyed it. I wish there was a third season :crying:

Right now I'm bingeing on World Trigger. I'm liking it so far but the MC is so weak it's irritating...

Right now I'm bingeing on World Trigger. I'm liking it so far but the MC is so weak it's irritating...
Click to expand...

Gate...GOOOD TIMES!! Yeah, the manga is still on-going so there is a small chance there could be further seasons.
Maserati: TS is UP, UP, DOWN DOWN, LEFT, RIGHT, LEFT, RIGHT, B, A, START!

ITS A GUNDAM!!! -- The grunts who go on to live long and fulfilled lives in the Gundam franchise....
M

?Which is the true nightmare, the horrific dream that you have in your sleep or the dissatisfied reality that awaits you when you awake?? Justin Alcala

I wish I could re-experience when I first watched SAO, up until the fairies.. But it was just so good...
J

... but I took a small break and started watching Blend S and K-On!.

what show have you been watching recently (or started)?

What are you currently reading, or wanting to read?
2

What are your musical extremes?