Why is eGO so special to you? and why eGO?

=(e)=
I think in my opinion, eGO was one of the first JB servers I played on, and honestly it was pretty fun. I knew some people and we played together, and we all had a good time! Even tho I live across the world from the United States, I still love to interact with the community of eGO! I feel comfortable here. But anyways this isn't about me. This is about you! Tell us about Why is eGO so special to you! and why eGO
-
some honourable mentions!
@DeerFat @WeebTiem @WaSe @Maruchan

=(eGO)=
Well I’ve stuck around long enough I suppose it holds some place in my heart.

It was a good spot for me to grow up a little - I made some friends but there were a bunch of adults there to help guide me through life a little. Played lots of fun games and spent endless nights on Teamspeak / Ventrilo having fun. Good group of people mentally got me through college here.

So even if I don’t play much anymore it’s hard to let go.

=(e)=
When I first found eGO, I was watching YouTubers play TTT on other games and just wanted to give the game mode a shot - played for a bit then took a break from CSGO until I came back and joined. I never expected to stick around this community that long when I found the TTT server and decided to become a member. Mainly because of my love/hate relationship with CSGO. Love the game, hate the toxic community that comes with it.

It wasn't until I saw we had a roleplay server and gave that a shot and made some really good friends. Regardless of whether or not I stick with the community forever - the friends I made will definitely remain and I'm grateful for all the awesome people I've met and have become close with.

=(eGO)=
I first started just looking for a fun TTT server when I found the =(eGO)= TTT server, played on that for a month and a half and got promoted! I had no idea how I got promoted I just got the e tag to look cool. I've been staying here for a while because it's actually one of the things I enjoy. Gaming.

=(e)=
A little over a decade ago, I joined eGO because of TF2 and was met with someone named ScrappyDoo. I got promoted to an eG and switched to CS:S because of Jailbreak and that's where I developed my person and became an admin trainer under bigredking, eventually leading up to a community manager. I made a mistake and it costed me my position as a CM and I was demoted to a DL while being replaced in the same day, which is a slap to the face, but OK. I quickly realized that I did not enjoy being a DL as I felt my experience was more and I stepped down to being an O member.

Fast forwarding, Legend demoted me over a PM for being too mean to people, which is fucking retarded after the work I put in many years and against all grains, but that's OK. That's his decision and his right to do that, but I will never forget or forgive him for that. In a world where I was seen different because of my views, music choices, and issues with talking to people, I found solidarity in eGO and it was stripped from me over a PM instead of engaging in a pivotal conversation about my behaviors. This crushed me and made me feel worthless so I literally stopped using the Internet for a year or two. Crazy what the Internet can do, huh?

I left eGO at my request for a long time and tried to find what I was missing in different communities to no avail; there is no replacement for eGO. Fast forward, I rejoined it under GTA5 because you needed to be an e in order to participate in emergency services. Passing the training and becoming a Paramedic, I was finally involved in eGO again and it made me happy. I quickly became inactive in the GTA5 division because I did not know how to really play, per say. I know how to roleplay and have excellent experience from my Jailbreak days, but I did not understand how to actually play aside from being an excellent paramedic and I didn't have friends in the division.

Now I just post on the forums and try to help others when I can while spreading the gospel of extreme metal, specifically death metal.

eGO meant a lot to me and it still does as my memories of it will never fade and it provided me with experiences that translated into real life. Thanks to eGO, I stopped being nervous around humans and became more interactive with humanity.

Some people might see me as an asshole, but I'm just a straight forward no bullshit guy. I tried to bullshit once and it costed me my coveted position as a Community Manager, a mistake I will not repeat. Two people I will forever respect and who have my utmost loyalty are @USCG Hammer and @Artimus for their wisdom, guidance, and ability to develop me into something I was not before. If they were ever in a bind and called me, I would go out of my way to help them in any way I could.

eGO might not mean a lot to people or just might be another community, regardless of rank, I consider this my home and I wish I could get more involved, but I'm so out of the loop with everything.

Thanks for coming to my ted talk.
Hate
Rise Omega The Consequence!
Crvsade:Zero [2015]​
Come void! Grant us death!
We will fly heavenwards, shrouded in dust.
Multiply the numbers of lives.
Step by step, we shall cross realities.
Enlightened, we shall pass the line fearlessly.
The mission of fate shall be disclosed.
Catharsis of the cosmic fire is under way.
Timeless void through billions of aeons.

=(eGO)=
Certainly is the people here.

I would've dipped a long time ago had it not been for the people I've met here. 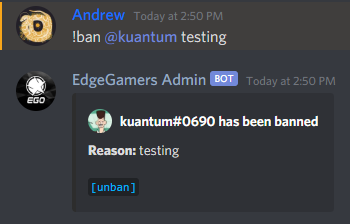 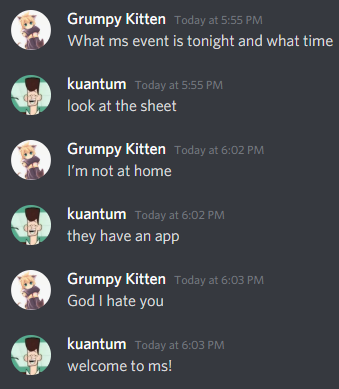 Senior Manager
ego is beyond special to me because it has given me some of my bestest friends ever. The people here is the reason I have stayed here so long.

I enjoy my role here in the media team, and the whole creative process aswell. It feels great to give back to a community that has given me friendships that will last a lifetime.

Only eGO has @Architect of Life @Erk @Semo @EDisch222 @K4PPA @I cant carry and others of this world. No gaming community has these people who bring happiness to my life.

=(eGO)=
If I'm being completely honest, idk why eGO. back in 2017 when I started playing GTA5 RP eGO was the best and friendliest server I found, in all honesty idk why I thought it was the best at it was like 16 players in only paleo bay but regardless, I met some awesome people and fell in love with it. Till this day I love eGO and the people that come with it. I've made a lot of great friends here and have a lot of great memories.
All in all, I'm thankful for eGO and all the people I've met while playing on their servers.
iLLusion99
You must log in or register to reply here.

Horribly written essay on why clouds is the best jb map!

Counter-Strike: Global Offensive Why do you play CSGO comp.