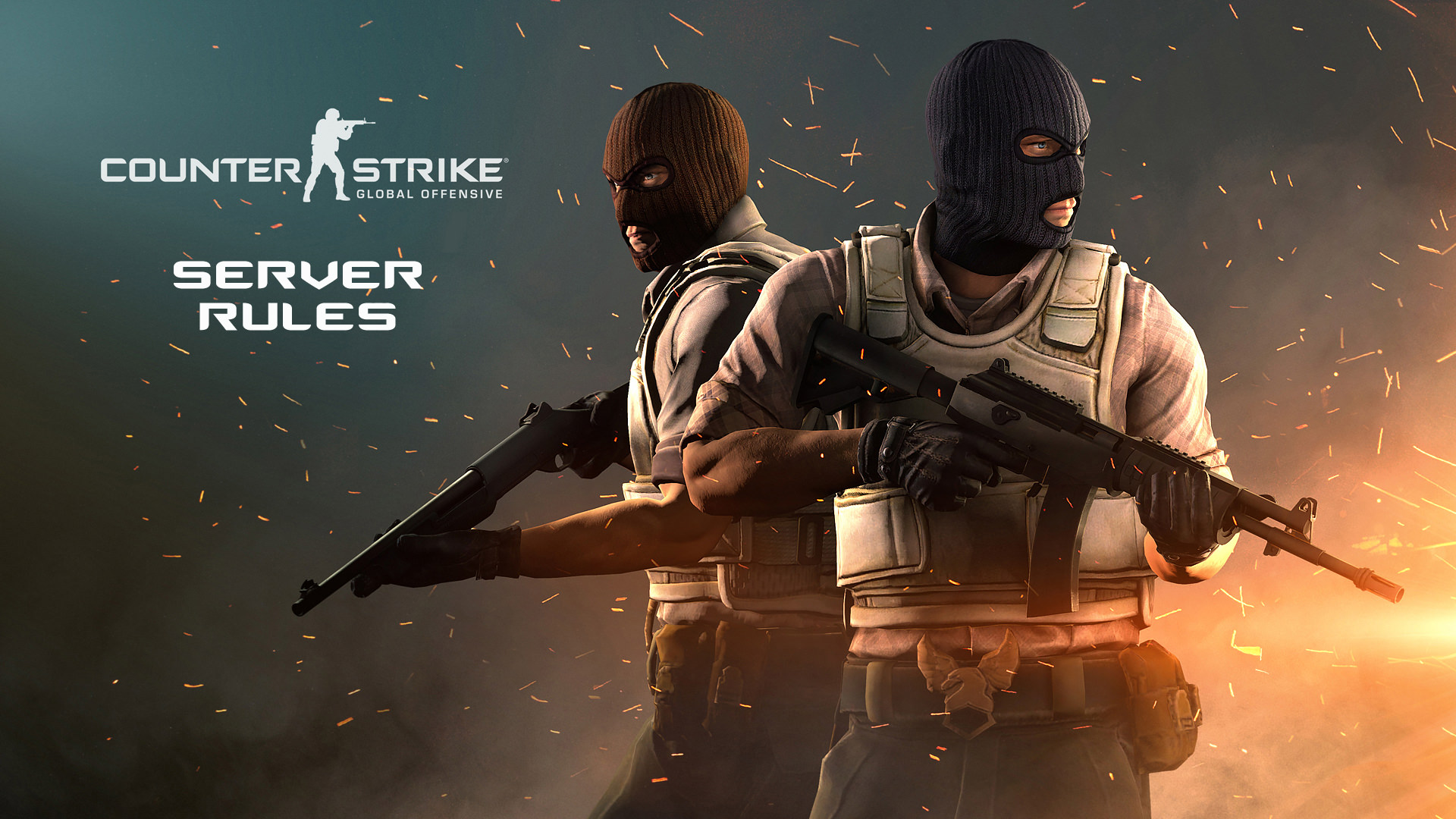 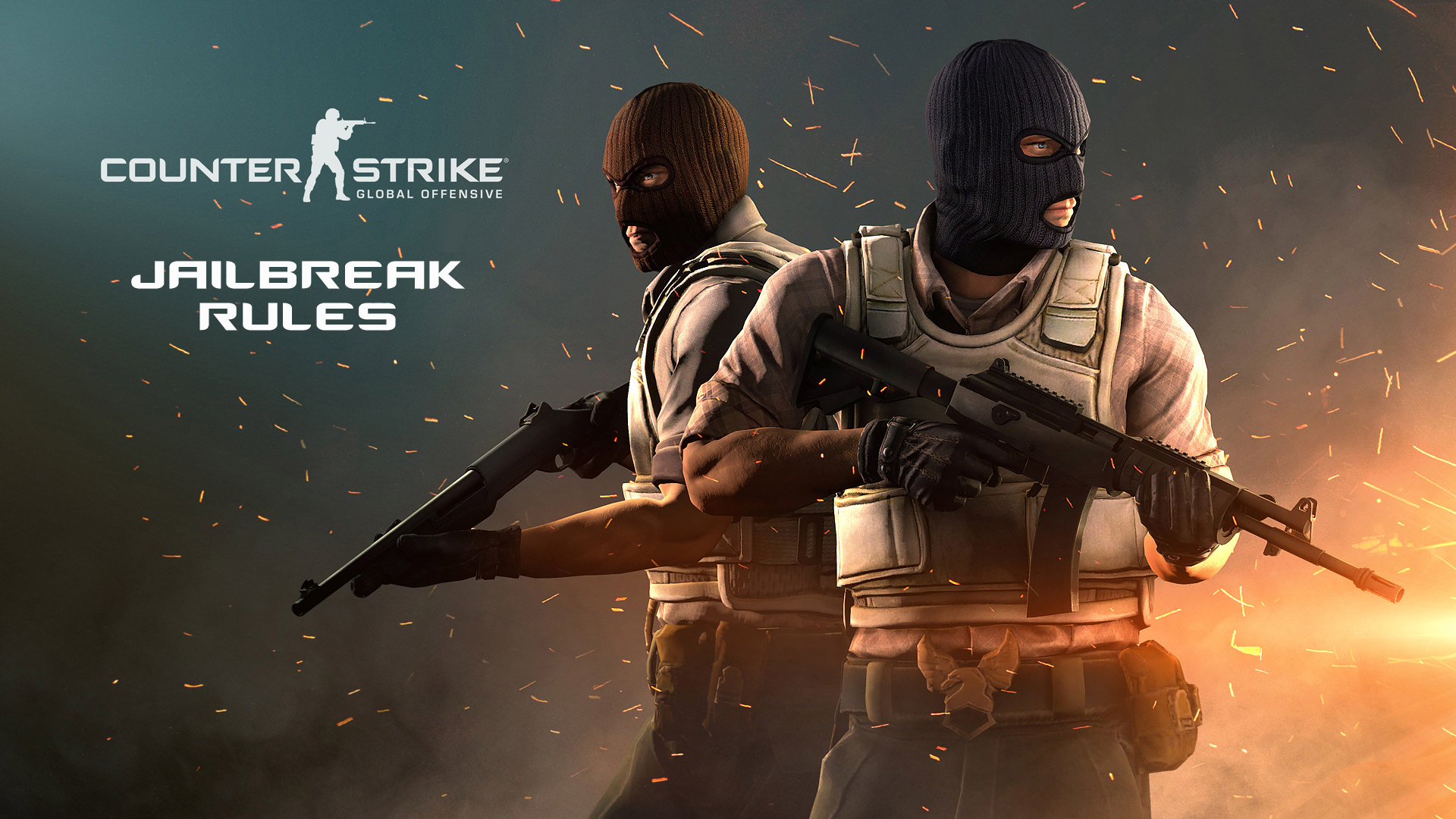 Jail Break is a role-playing game mode which simulates a jail environment - players are divided into three groups. The groups are Warden, Guard and Prisoner.

Warden
A warden is selected at the start of the round once a guard types !w - only the warden determined by the plugin can give warden-type orders. The objective for the warden is to maintain control to prevent a rebellion and eliminate prisoners by giving clear & specific orders and playing games which results in killing losers and those who fail to follow orders.

Guards
A guard must maintain control in the jail through killing Prisoners who do not follow the orders or who are rebelling. They must protect the Warden as many Prisoners will try to rebel to kill the warden to cause havoc and win the round. A guard must become warden when there isn't one.

Prisoners
A prisoner (also referred to as T's, Terrorists) seeks to win the round either through following orders to achieve Last Request (!lr), or by rebelling. If you rebel, you will turn red and can only be pardoned by the warden.

Type !guard to join the queue for guard team.
Type !leave to remove yourself from guard queue.
Type !w as a guard to join the warden queue or to open the warden menu.
Type !pass as a warden to pass warden to another guard.
Type !sd as a warden to use special day menu.
Type @ followed by your message to make a report in admin chat.
Type & followed by your message to make a cross server report, if no admins are present.
Type !lr if you are one of the remaining 2 T's alive to initiate last request.
Type !peace as a warden to temporarily mute guards and prisoners.

AFK Freeze - You cannot do anything at all except use text and voice chat unless it will kill you (e.g. getting out of pool to stop yourself from drowning then AFK freeze).
Freeze - You cannot use movement keys but you can look around, jump and crouch.
Contraband - All types of grenades, primaries, secondaries, tasers, shields and the jihad-C4.
Freekill/RDM - It is when a prisoner is killed even though they did not rebel.
Special Treatment (ST) - A warden can grant Prisoners ST in exchange for contraband, blood-hounding (cannot blood-hound without reward), or by earning it in a game. ST can be any form of special treatment the warden permits (i.e choosing next game, freeday).
Shift/Crouch Walk - You cannot Jump when told to Shift/Crouch walk unless stated otherwise by the warden.
Directions: "North, East, South, West" - North is the arrow blip on your mini-map radar and other directions can be determined using this information.
Distance: "One Step" - Being told to "take one step" can either mean a single jump in a direction or being knifing distance from the location. A warden should give more precise orders if they want you to be within a specific distance (e.g. be knifing distance of X).
T-Secret - Getting something which is hidden or a place where a T can hide themselves from the CT's. A prisoner is automatically KOS for doing this but the warden can pardon T-Secrets for ST's or during a freeday.
Last CT/Guard - Last Guard with the beacon MUST kill all prisoners except the remaining 2 T's unless they are rebelling (it is automatically activated by the server when there is only 1 Guard alive whilst there are more than 4 Guard's in the team).
All orders are singular - Being told to "jump" means jump once, being told to "crouch" means crouch once then stand up (unless you are being told to remain crouched or to keep jumping ...etc). You can AFK Freeze to type.
New orders override previous orders - Being told to "keep jumping" and then a new order of "stay crouched" does not mean you should be jumping and holding crouch unless you are told specifically in the same order to "keep jumping and hold crouch".

As a prisoner, you are rebelling if you ...

Prisoners may NOT kill off their own T buddies without it being instructed in the game, meaning they should not be starting games that kill their teammates. This is considered griefing.

Type !guard to join the queue for guard team, and type !leave to leave the queue.

Games
The warden must follow these guidelines when playing games to ensure a fair and enjoyable round:


Example: It is unfair to force prisoners closest to winning to keep on going when there are prisoners behind them.


Rules for Special Days
Any type of special day can only be given once per 3 rounds. The warden must activate and choose as special day using the !warden menu or by typing !sd in chat. The warden MUST explain the special day.

Day: Custom Day
A customized day or freeday where wardens can make up the rules of the day. (T’s can not be killed needlessly).
- Admins have final say whether a custom day can / can not be played

AFK Games. (Deathcrate / Colours / etc.)
Fish in the Barrel
Free-kill Days.
Day: Free-For-All
All players will fight against each other until there is only one player that remains. You are not allowed to team with other players.

Day: Ghost War
Players will start off invisible to others once they become visible they must fight in a free-for-all against others until there is only one player remaining. Note: Players will alternate during the round from being invisible to being visible.

Day: Gun game
Each player starts with the same gun. Every time you kill 2 enemies with your gun you're upgraded to the next weapon, if you get a kill with a knife you are upgraded with one kill. Anyone killed with a knife is demoted to the previous weapon. The match ends when someone cycles through all the weapons.

Day: Hide and Seek
Warden must give Prisoners at least 45 seconds to hide but cannot exceed two minutes from cell opening. Guards must stay in armory and cannot peek out of armory or into vents until it is expansion time. Prisoners may hide in restricted areas except armory and Guards can go into restricted areas without suspicion. Guards must kill all prisoners with the exception of the last two prisoners that reach last request.

Day: No Scope Day
Players will spawn in with scouts and low gravity. Players will have to shoot others without having the ability to scope in with the scout to win the round. Last man standing wins.

Day: Warday
Warday zones must provide Prisoners a safe chance to get guns and leave armory and zones must not be accessible only via a closed-entrance (example: closed door or teleporter). Warday automatically expands at 2:00. Guards must not leave the warday zone until it has been expanded (unless Last CT), and they must not kill outside the warday zone unless they are on-route & were attacked first (self-defense). Prisoners must actively pursue the Guards and you cannot !lr on a warday.

Rules for Last Request
Last Request (LR) is achieved once there are only 2 non-rebel prisoners remaining. You can type !lr in chat to select a last request, or you can do a Custom LR if the guards choose to participate.

Rules for Specific Games
Below are specific rules and exceptions to certain games. You are allowed to play any game that is not listed below as long as it follows the rules above.

Gun Toss
Gun toss is played by throwing the gun as far as you can from the starting point before you touch the ground- furthest being the winner - this rule is implied unless stated otherwise.

Shot for Shot/Mag for Mag/No Scope
These games are played by each player shooting at each other with the specified weapon. During LR, Guards must not begin shooting before asking the T if they have any specific parameters or location.

First Reaction/Last Reaction
You must not play this game unless there are 15 or less Prisoners alive, during this game only 2 prisoners can be killed off. FR/LR must not be the first game of the round. All orders are singular unless warden states otherwise.

Luck-Based Games
You must not play any luck-based game unless there are 15 or less Prisoners alive, and it must not be the first game of the round.

A luck-based game is any game that does not require any skill and instead requires 100% luck, for example: couch game, duck hunt, roulette, wheel of fortune, keep or pass...etc.

All custom luck-based games must guarantee at least a 25% chance at survival.

Simon Says
You must not play this game unless there are 15 or less Prisoners alive, and it must not be the first game of the round.


Trivia
You must not play this game unless there are 15 or less Prisoners alive, during this game only 2 prisoners can be killed off. Trivia must not be the first game of the round.

All questions must be factual and not opinionated or personal. You must ask all questions via text-chat only.

Custom jumps
A custom jump is where the warden must demonstrate a special jump from one point to the next.

Opinionated Games
You must not play any opinionated-based game unless there are 15 or less Prisoners alive, and it must not be the first game of the round.


Rules may be changed by CS Leadership at their discretion without any notice at all. Remember, Jail Break is dynamic and sometimes decisions need to be made. This is a guide, please use common sense when it comes to interpretation of these rules. 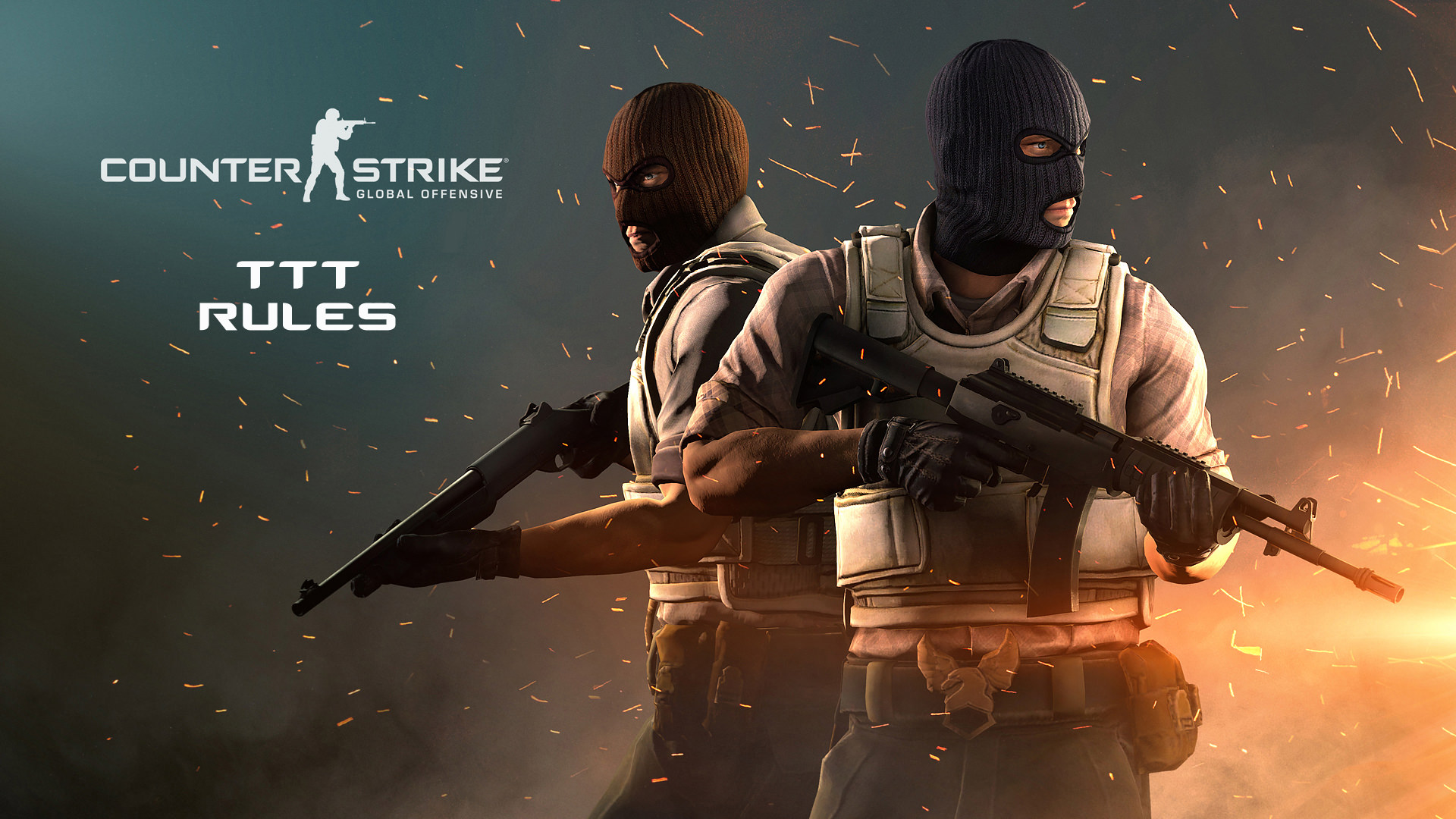 All TTT rules are enforced by our [admins]'s at their discretion - if you have a problem or a concern with how a situation is being handled or need clarification on a rule, please contact a member of CS leadership or use the Contact Leadership section on the forums. Our rules are designed to create and maintain fun and fair game play.

Suspicious Behavior
You should NOT kill carelessly and without reasonable or valid evidence or justification. The following are considered suspicious acts:

Random Death Match (RDM)
Killing or injuring teammates intentionally or without care is considered as RDM and is server-punishable - the following are examples:

Out of Map Areas

There are several maps that can be exploited by going out of bounds. This is not allowed. Any area that is not reachable by normal means is considered Out of Bounds.

Exploiting the map does not mean that the player is KOS, and instead should be brought to the admins.

Rules may be changed by CS Leadership at their discretion. Remember, TTT is dynamic and sometimes quick changes need to be made. This is a guide, but please use common sense when it comes to the interpretation of these rules.

Counter-Strike Global Offensive TTT Server What rules would you like to see added/changed?
2